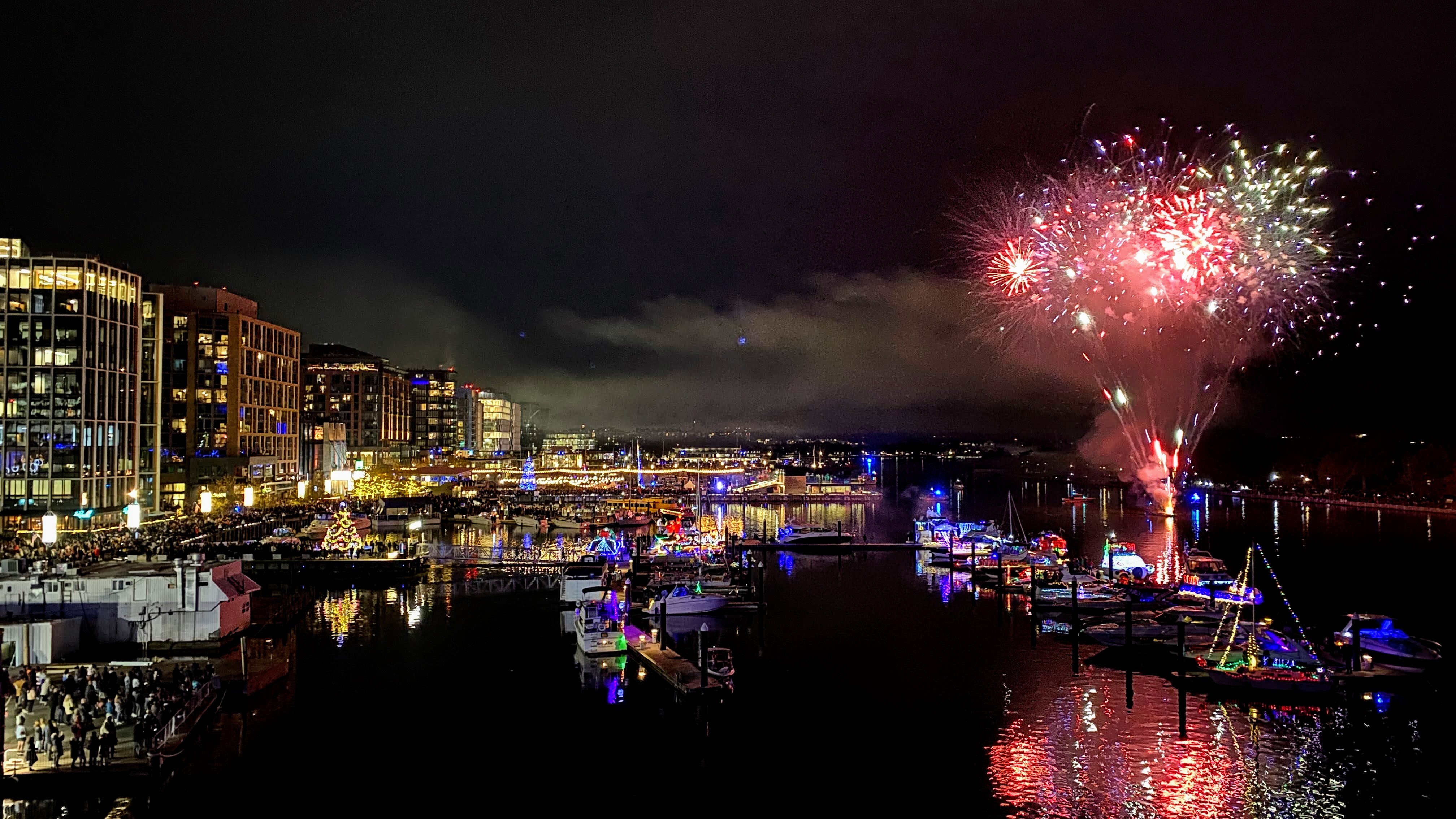 The Wharf Announces Winners of the 2021 District's Holiday Boat Parade

The District's Holiday Boat Parade at The Wharf is an iconic DC event that features over sixty beautifully decorated boats parading along the Washington Channel. The 29th anniversary of this event took place on December 4, 2021.

As the boats promenade past The Wharf, judges evaluate parade participants' theme, crew, decorations, and holiday spirit. Over a dozen boats recieve awards with cash prizes ranging from $100 to $1000 dollars.

The Wharf is proud to announce the following prize-winning boats and captains from the 2021 District's Holiday Boat Parade:

Congratulations to all the captains and crew members who participated in the parade. We salute your amazing holiday spirit!

Save the date to celebrate the 30th anniversary of this iconic tradition with us on December 3, 2022!