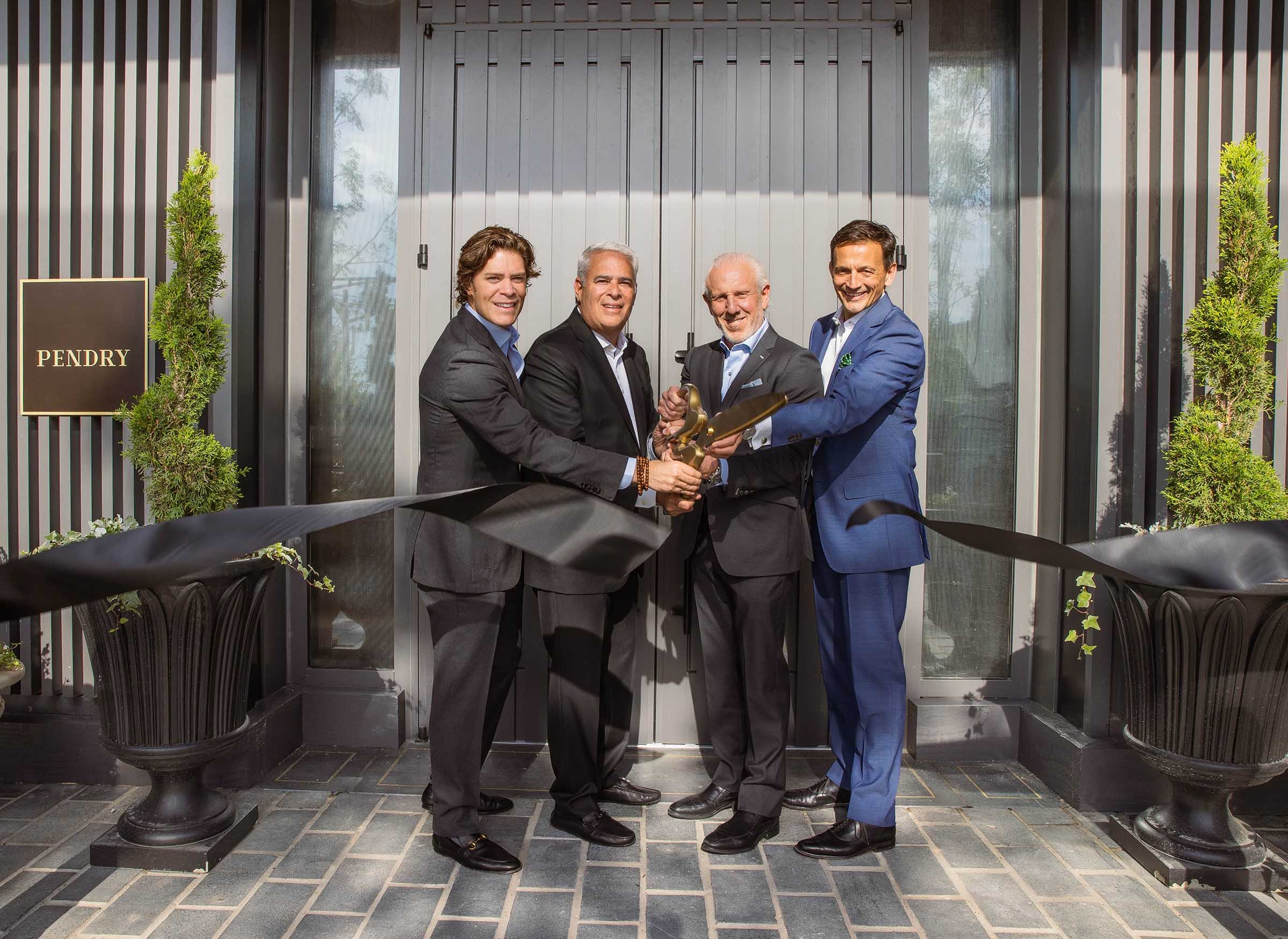 “For many years we have looked for the ideal location to place our flag in our nation’s capital,” said Founder, Chairman and CEO of Montage International, Alan J. Fuerstman. “The Wharf is one of the most vibrant and innovative mixed-used developments in the country, and we look forward to welcoming our global guests and the local community to experience Pendry in one of the most dynamic cities.”

Designed by ODA with interiors by DesignAgency, Pendry Washington DC effortlessly blends European-inspired sensibility and contemporary hospitality with light interiors grounded by timeless touchpoints such as old-world flooring, metal detailing and plush textiles throughout. Richly layered interiors reflecting a timeless European grandeur are also artfully balanced by a residential design creating a warm, attentive environment. Lastly, drawing inspiration from the iconic colonnades and limestone buildings for which the capital is known, Pendry Washington DC reinterprets those architectural principles into a modern and sophisticated design enhanced by soft integrated lighting throughout.

“Washington ﻿DC is an important, culturally rich city that we have admired and frequented for years,” said Co-Founder of Pendry Hotels & Resorts, Michael Fuerstman.  “We are honored to contribute to the city’s cultural fabric with bold architecture and design, exciting new culinary and entertainment offerings, and our style of luxury hospitality in an incredible waterfront setting.”

Pendry Washington DC will also offer a host of signature amenities including:

Experience Pendry Washington DC with the Stay & Play offer, including a $75 daily resort credit ($150 for suites and $300 for specialty suites) to use towards any one of the hotel’s dining concepts or Spa Pendry. For more information on Pendry Washington DC and to book a reservation, please visit www.pendry.com/washington-dc. Follow on social @pendryhotels and @pendrywharfdc.

About Washington DC – The Wharf

Pendry Washington DC – The Wharf is located within The Wharf—Washington D.C.’s latest waterfront dining, shopping, hospitality, residential and cultural destination. Pendry Washington DC – The Wharf is designed by DesignAgency and will bring the Pendry Hotels & Resorts refined sense of modern-day luxury hospitality to the waterfront neighborhood, with 131 guestrooms, including 34 suites; three food and beverage concepts including a chic cocktail lounge; destination pool deck with an indoor/outdoor restaurant; rooftop lounge and bar; Spa Pendry and state-of-the-art fitness center, and 7,500-square-feet of meeting and event space. For more information, follow @pendrywharfdc or visit www.pendry.com/washington-dc.

Pendry Hotels & Resorts is a contemporary hospitality brand from Montage International. Pendry combines inspired design with a celebration of culture and authentic service tailored to today’s cultured world traveler. Founders Alan J. Fuerstman and Michael Fuerstman's well-seasoned experience in the hospitality industry serves as the foundation for the brand, injecting each property with a unique perspective on contemporary style, and an emphasis on the arts and local community in the city it calls home. The portfolio of hotels includes Pendry San Diego, Sagamore Pendry Baltimore, Pendry West Hollywood, Pendry Chicago, Pendry Manhattan West, Pendry Park City and Pendry Washington DC – The Wharf. Opening in 2023 is Pendry Newport Beach and Pendry Natirar. Opening in 2024 is Pendry Tampa. Pendry Hotels & Resorts is a member of Preferred Hotels & Resorts. For more information on Pendry Hotels & Resorts, follow @pendryhotels or visit www.pendry.com.

Stay at The Wharf

Whether you’re traveling to Washington, DC for business or pleasure, the hotels at The Wharf offer a wide variety of choices for overnight stays, quick weekend getaways, or extended stays. Enjoy iconic views of the monuments and the waterfront right from your room, and  the District's best restaurants, entertainment, and museums within walking distance.