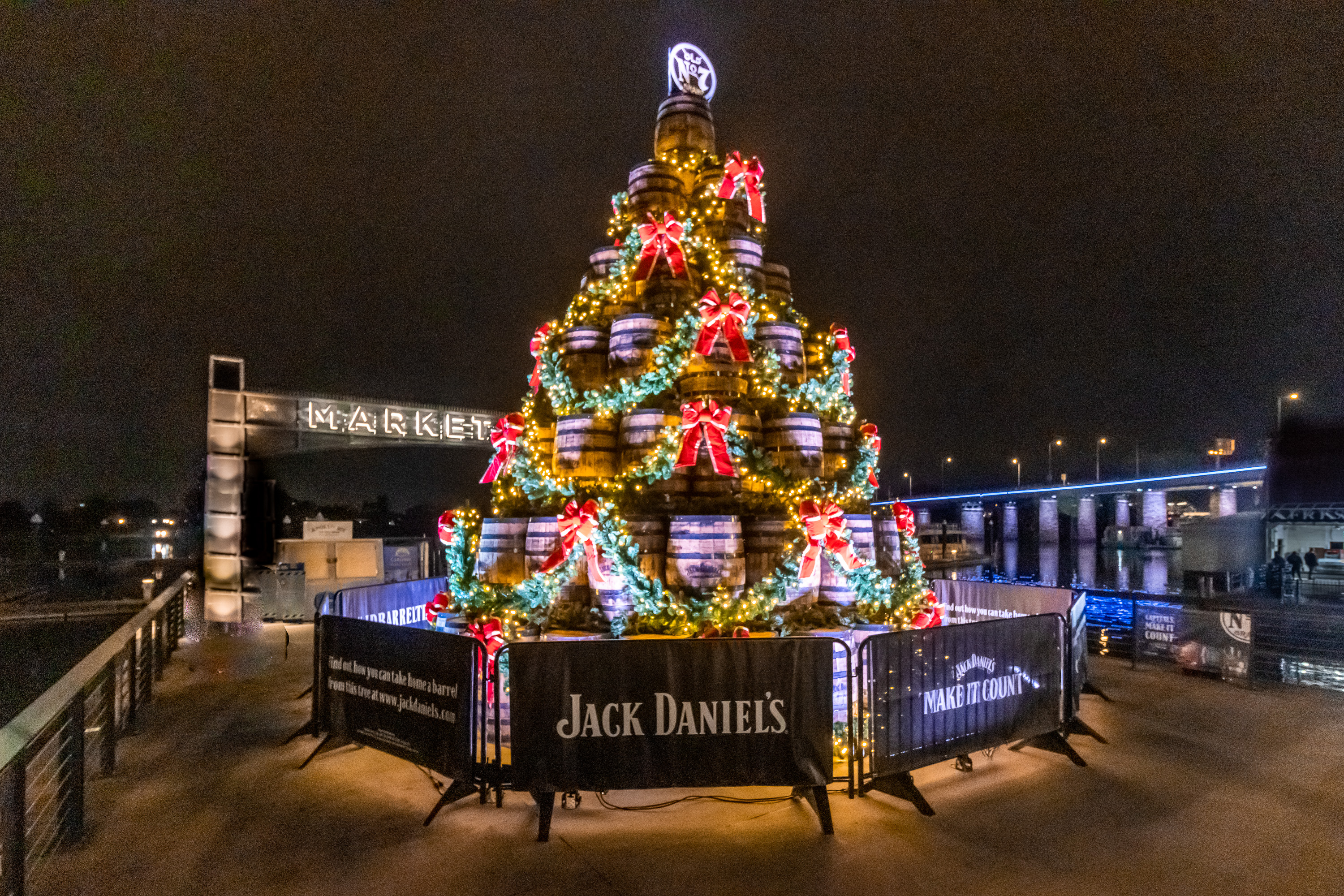 The Wharf Announces Partnership with Jack Daniel's and the Washington Capitals

Fans in Maryland, Virginia and Washington, D.C., will have the opportunity to purchase special Jack Daniel’s Capitals bottles featuring whiskey from four barrels beginning this November. Fans are encouraged to check with their local retail stores on availability.

This summer, May participated in a whiskey selection experience with distillers from Jack Daniel’s in Washington, D.C., to select barrels available to Capitals fans. The Jack Daniel’s Single Barrel Collection Program is a highly selective process, with only one out of every 100 barrels produced deemed worthy of the distinction by the team of whiskey makers at Jack Daniel’s. The barrels mature in the highest reaches of Jack Daniel’s barrel houses, where extreme temperature variations dramatically increase the interplay between wood and whiskey. The result is a collection of bold, robust flavors and notes of toasted oak and vanilla that are unique to each individual barrel.

In addition, the Capitals and Jack Daniel’s announced holiday programming at The Wharf in Washington, D.C., featuring a Jack Daniel’s Barrel Tree.

Throughout the holiday programming, Jack Daniel's will be fundraising for Operation Ride Home, a program that brings junior military members home for the holidays. This year, barrels from the Jack Daniel’s Barrel Trees will be sold for purchase, with all proceeds going to Operation Ride Home. Additional details on the program and how to purchase a barrel can be found at OperationRideHome.com.

Introducing one of the best ways to view the city and the easiest mode of transportation to get to destinations on the Potomac and Anacostia rivers: our new water taxi. And if you just want to get across the Washington Channel, catch our jitney to East Potomac Park for a round of golf or a leisurely stroll.