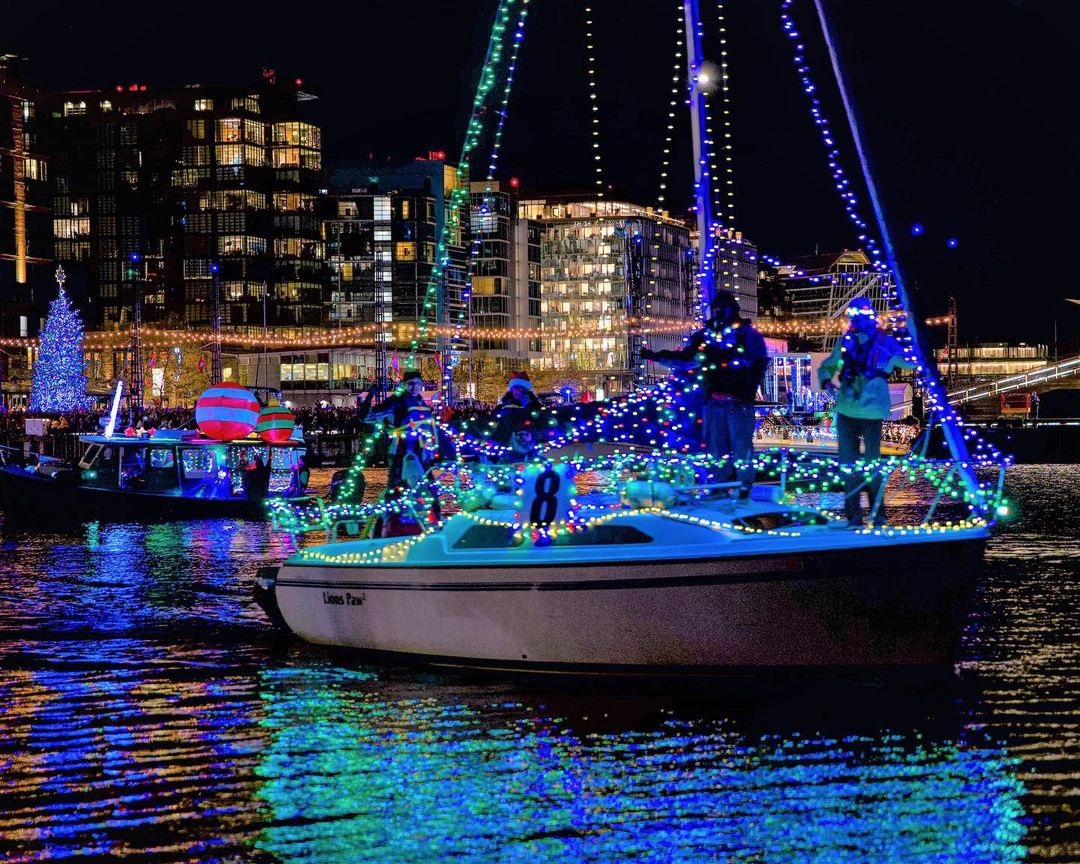 As the boats promenaded past The Wharf, judges evaluated parade participants' theme, crew, decorations, and holiday spirit. Over a dozen boats received awards with cash prizes ranging from $100 to $1000 dollars. In total, participating boaters received a total of over $24,000 in prizes and swag.

The Wharf is proud to announce the following prize-winning boats and captains from the 2022 District's Holiday Boat Parade:

Most Ingenious Idea: Grandma Got Run Over By a Reindeer on powerboat Timeless Splash – Captain Hany Nasr

Congratulations to all the captains and crew members who participated in the parade. We salute your amazing holiday spirit!

In addition to honoring boaters, on the 30th anniversary of the parade, The Wharf proudly celebrated Southwest DC community member Barbara Ehrlich, who founded the District’s Holiday Boat Parade in 1992 and hasn’t missed a single year!

Save the date to celebrate the 31st anniversary of this iconic tradition with us on December 2, 2023!

Come Play on the Potomac

The Wharf is your launchpad for all kinds of water activities—from leisure cruises and kayak tours to sailing lessons and paddleboarding, the Southwest Waterfront makes it easy to play on the river. Plus, our water taxi might just be the fastest way to get to Georgetown, Old Town Alexandria, or National Harbor.