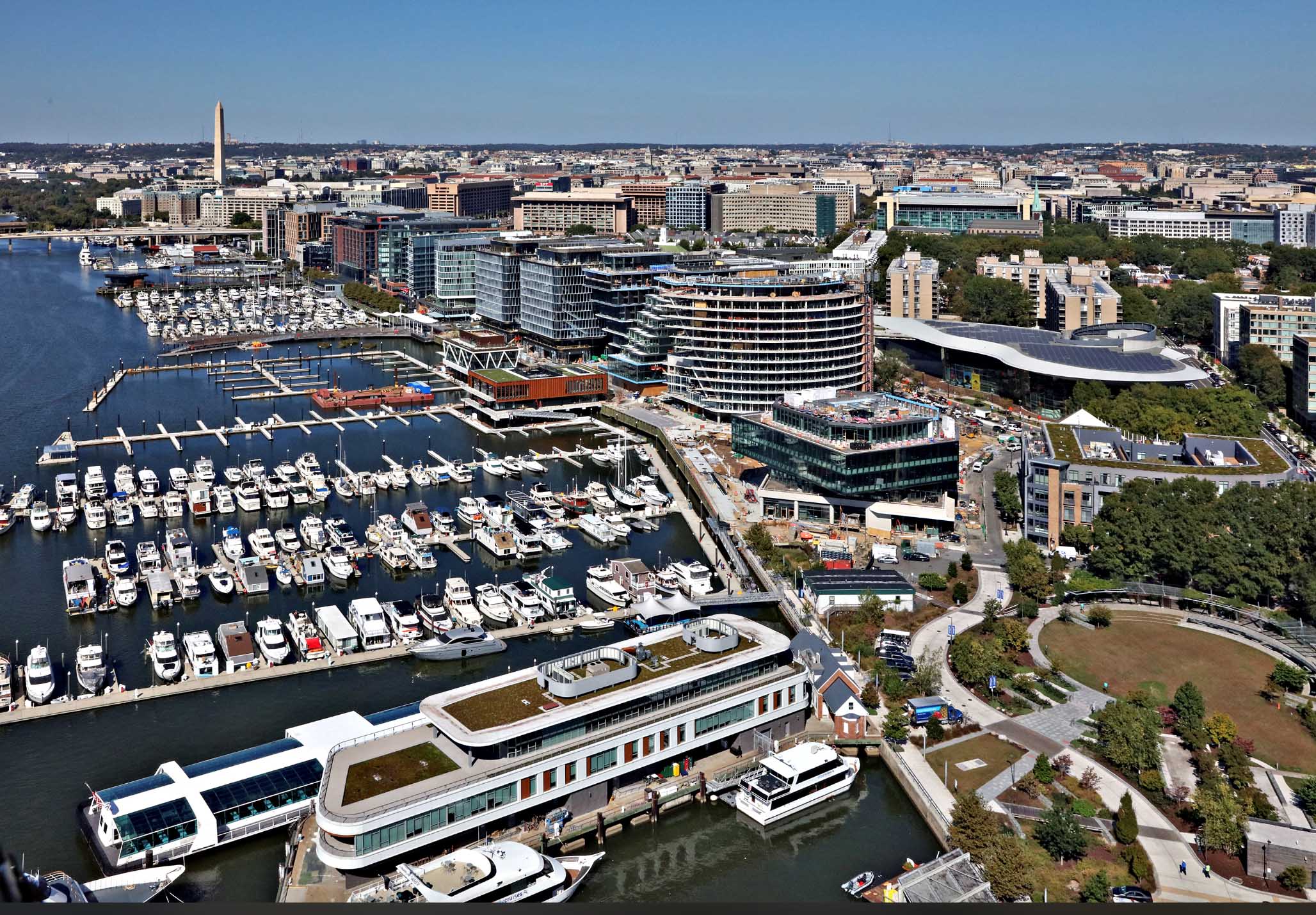 Officials from Hoffman-Madison Waterfront (HMW), developer of The Wharf, the $3.6 billion, mile-long waterfront neighborhood in Southwest DC, today announced the much-anticipated preliminary line-up of retail businesses and restaurants joining The Wharf when completion of the waterfront is celebrated on October 12, 2022.

Following more than a decade of planning and development, and four years of operation, The Wharf will be substantially completed by October 12, 2022—five years from the date The Wharf opened its first phase.

The businesses joining The Wharf’s curated retail and restaurant mix include:

Philippe Chow (7,373 sf located at 635 Wharf Street adjacent to The Green on the street level of Amaris): An iconic New York City restaurant for almost two decades, Philippe Chow has become a staple for Manhattan - including athletes, musicians, and movie stars - who crave Chef Chow's spin on traditional Chinese cuisine with results that are modern, flavorful, and theatrical. Chef Chow’s world-renowned menu of Beijing-style dishes has pioneered the way for elevated Chinese cuisine in the US, cementing his influence in NYC’s culinary scene and nightlife. In Fall 2022, Philippe Chow plans to open in DC at The Wharf, which will feature a remarkable covered patio area adjacent to The Green with sweeping waterfront views of the Potomac River. The restaurant - which will seat 270 total (75 outdoor, 175 indoor and 20 bar seats).

Mason’s Famous Lobster Rolls (1,159 sf located at 681 Water Street under the Oculus of the 680 Maine Avenue office building): Offering authentic Maine-style lobster rolls based on simple, honest recipes and traditional accompaniments from the coast of Maine in its fourth DC location.

The Goddard School (8,772 sf located at 652 Maine Avenue on the street level of a Wharf apartment building): The early childhood education provider will open its second SW neighborhood location.

Bartaco (4,935 sf located at 645 Wharf Street on the waterfront level of a Wharf apartment building and adjacent to The Grove): Patrons can enjoy unique tacos, rice bowls, margaritas and more from its curated menu at its fourth location in the DMV area and its first in The District.

These renowned brands further illustrate the regional drawing power of this dynamic waterfront neighborhood. When The Wharf is completed in 2022, the neighborhood will feature more than 75 shops and restaurants—across 300,000 square feet of retail space.

Through the completion period of The Wharf (during the last six months of 2022), this accretive mix of restaurants and retailers will open alongside new office tenants Williams & Connolly, The Atlantic and Freedom Forum, as well as residences at The Amaris, and The Pendry Hotel, making The Wharf home to DC’s most acclaimed local and nationally-recognized chefs—and an unduplicated mix of businesses and residential choices.

ABOUT THE WHARF
The Wharf is a remarkable waterfront neighborhood. Located along the Washington Channel of the Potomac River, the first phase of The Wharf opened in 2017 with more than two million square feet of residences, offices, hotels, shops, restaurants, cultural uses, marinas, and public areas including waterfront parks, promenades, piers, and docks. The second phase of The Wharf is scheduled to open in the late fall of 2022. At full build out, the $3.6 billion, world-class, mixed-use neighborhood will feature more than 3.25 million square feet of development along a mile of Washington, DC's waterfront from the Municipal Fish Market to Fort McNair. More information about The Wharf is available at www.wharfdc.com.
ABOUT HOFFMAN-MADISON WATERFRONT
Hoffman-Madison Waterfront (HMW) is the development partnership behind The Wharf, the $3.6 billion, mile-long neighborhood along Washington, D.C.s waterfront. The team is led by a joint venture between Hoffman & Associates and Madison Marquette, in partnership with ER Bacon Development, City Partners, Paramount Development, and Triden Development. Hoffman-Madison Waterfront’s development, The Wharf, is a model public-private partnership and is the largest planned unit development (PUD) in the history of Washington, D.C. The project’s principal public partner is the District of Columbia’s Office of the Deputy Mayor for Planning and Economic Development (DMPED).
Sofia Royce, The Brand Guild
sofia@thebrandguild.com
o. 202.733.5223  c. 352.328.1489