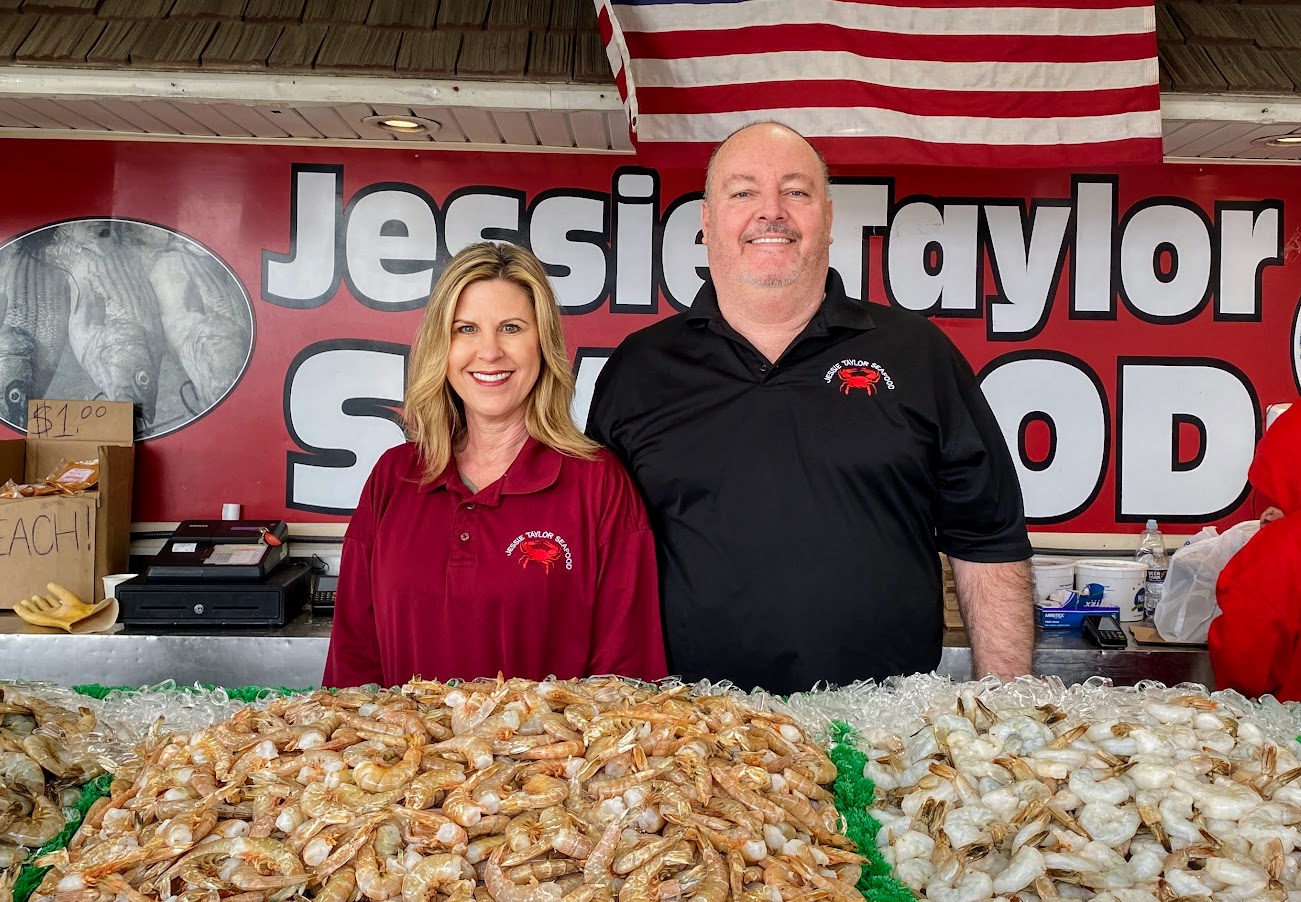 Opened in 1805, the Municipal Fish Market at The Wharf—often simply called The Fish Market—is the oldest continuously operating open-air fish market in the U.S. Through the centuries, The Fish Market has been home to an ever-changing array of vendors and eateries, including produce vendors, oyster boats, bait and tackle shops, and lumber distributors. The longest-tenured vendor at the Market is Jessie Taylor Seafood, which is owned and operated by the Evans family.

The Origin of Jessie Taylor
The family's fishing business began in 1933 when Chelton Evans began traveling from Smith Island, MD to the Municipal Fish Market by boat each day to sell fresh seafood. After years of hard work, Chelton saved up enough money to purchase his first 'buy boat' from Dike Taylor in 1939. The boat was named after Dike's son, Jessie Taylor.

The Business Grows
At first, Chelton and his brothers, Filmore and Stanley, sailed the Jessie Taylor up and down the Chesapeake Bay each week buying seafood from fishermen and selling it at the Municipal Fish Market. Then, in 1963, the District of Columbia gave Jessie Taylor Seafood permission to permanently dock at the Fish Market, and eventually allowed the Evans family to receive their local seafood by truck rather than by water. As their sales outgrew the small decks of the Jessie Taylor, The Evans eventually began selling their seafood from floating barges, but the name of the boat stuck.

Jessie Taylor Seafood is located at 1100 Maine Ave SW and is open daily from 8am-8pm. Fish Market patrons may park in the underground garage for $2 for the first hour. To validate parking, bring your parking ticket and Fish Market receipt to the staff member in the parking lobby in Market Square.